Why normal isn’t just around the corner

(CNN) As 2020 slides into and probably infects 2021, try to take heart in one discomfiting fact: Things are most likely never going “back to normal.”

It has become a well-worn phrase our politicians, officials, experts, even family, like to lean on — an ultimate, elusive prize. 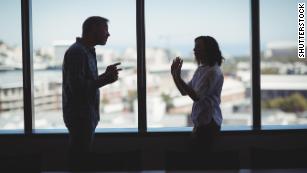 Pandemic denial: Why some people can’t accept Covid-19’s realities
Perhaps it’s nostalgia for the world of January, a place where daily life more closely resembled our past decades. Perhaps it’s a bid to show control, to revert to a time when change was not so universally imposed upon us.
But January is long gone, and it’s not coming back. And, psychologists will tell you, that’s only bad if you can’t come to terms with it.
We are slowly learning if this year’s changes are permanent. If work — for the lucky among us — will remain from home. If we will visit the grocery store less but spend more. If we will find wearing a mask on the metro to be just part of life. If shaking hands and embracing will become less common. If most of your daily interactions will occur via video conference (rather than in person).
“Five years’ change in six months” is a common slogan for the pandemic. The disruption has upended lives in jobs lost and relatives who live alone or perhaps died without saying the right goodbyes.
Yet permanently severing ties with January is not necessarily a bad thing, psychologists say. The danger comes from hankering for normalcy again, rather than getting on with working out how to deal with whatever is ahead. 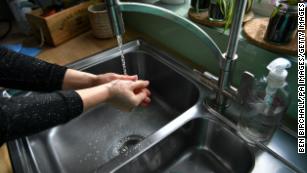 Quarantine fatigue: Why some of us have stopped being vigilant and how to overcome it
“Politicians who pretend that ‘normal’ is just around the corner are fooling themselves or their followers, or perhaps both,” said Thomas Davenport, the president’s distinguished professor of information technology and management at Babson College in Wellesley, Massachusetts.
“People who suffer tragedies eventually return to their previous happiness level,” Davenport said via email. “But I think that COVID-19 is a little different, because we keep expecting it will end soon. So there is no need to permanently change your attitudes about it.”
The human tendency to believe change is temporary and that the future will again resemble the past is often called “normalcy bias.”
People who don’t adapt to change believe what they remember as “normal” will return, and delay modifying their daily routines or outlook. Those who refuse to wear masks may be guilty of normalcy bias, Davenport said, since they perceive this intrusion into lives as a passing fad they don’t need to embrace.

The brain’s circuitry does prefer to survive, however: While part of our minds may be inclined to resist change as we feel disasters are a passing event, another stronger part of our brains embraces the new swiftly. 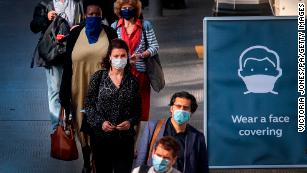 Refusing to wear face masks should be as taboo as drunk driving, science chief says
“Hedonic adaptation” is the elaborate name for why we survive: It’s the mind’s ability to accept quickly something in your environment that weeks earlier would have stopped you in your tracks. Originally intended to protect humans from predators, it’s hardwired — so we do not constantly see all relatively new things as threats and miss the newer, bigger ones.
“When both good and bad things happen, at first you feel intense emotions,” said Sonja Lyubomirsky, distinguished professor of psychology at the University of California, Riverside. “Then you adjust and you go back to baseline. This is much more powerful with positive events. People don’t adapt as completely to negative change in their lives.”
The benefit of hedonic adaptation is it works in all directions. Changes that alter daily life one month may be as quickly dropped the next when they are no longer relevant. “It could be to adapting to the mask as the new normal,” Lyubomirsky said, before dropping the mask, “and then adapting back to the old normal.”
The behaviors that stick are those that are wired into our daily routines, that are “triggered automatically,” she said. “If it’s a real habit, it can actually maintain itself. Now we wash our hands more frequently without even thinking. That’s something that could definitely stay with us.” 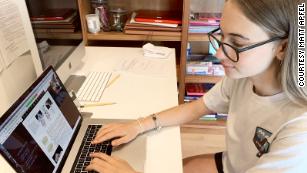 How to find resilience during the coronavirus pandemic
It’s the same with the previous generation who grew up during the Depression and are still particularly fastidious about not wasting food or anything else. It’s a habit that stayed with them.
Yet short-term changes are easily dropped. Lyubomirsky recalled an open-air meeting of academics she attended in Montana this past summer where Covid tests were administered and protocols were maintained.
Within minutes, the attendees’ behavior had flipped back to pre-pandemic proximity to each other.
“We all went right back to as though the pandemic wasn’t happening,” she said. “Everyone was just kind of gleeful. I didn’t even notice I was doing it until later.”
Life is essentially a series of changes and adaptation, she said, and the latter is something humans do well. People tend to place more weight on whatever they are feeling in the moment, Lyubomirsky said.
She recalled a vegetarian friend who started eating meat again when the pandemic made it seem pointless. Another friend dyed her hair, without explanation. “She’s like, ‘Because f— it. I’m just going to color my hair blue.'”
Get CNN Health’s weekly newsletter

Sign up here to get The Results Are In with Dr. Sanjay Gupta every Tuesday from the CNN Health team.

“We overweight it,” she said. “It’s so wonderful, or it’s so awful. But it tends to go back.”
Our circuitry tends to override our doomscrolling. “We’re actually more resilient than we think.”
As with everything, we will find out just how resilient we are, and the future may seem normal again, however different it is.

Nick Paton Walsh is an Emmy Award-winning international security editor for CNN International based in London who focuses on stories from the Middle East, the former Soviet Union, Afghanistan and the surrounding region, and Latin America.

" The Sentry Kiosk™ is NOT designed to diagnose or treat any medical condition. "